Posted on Nov 25 by Tinko 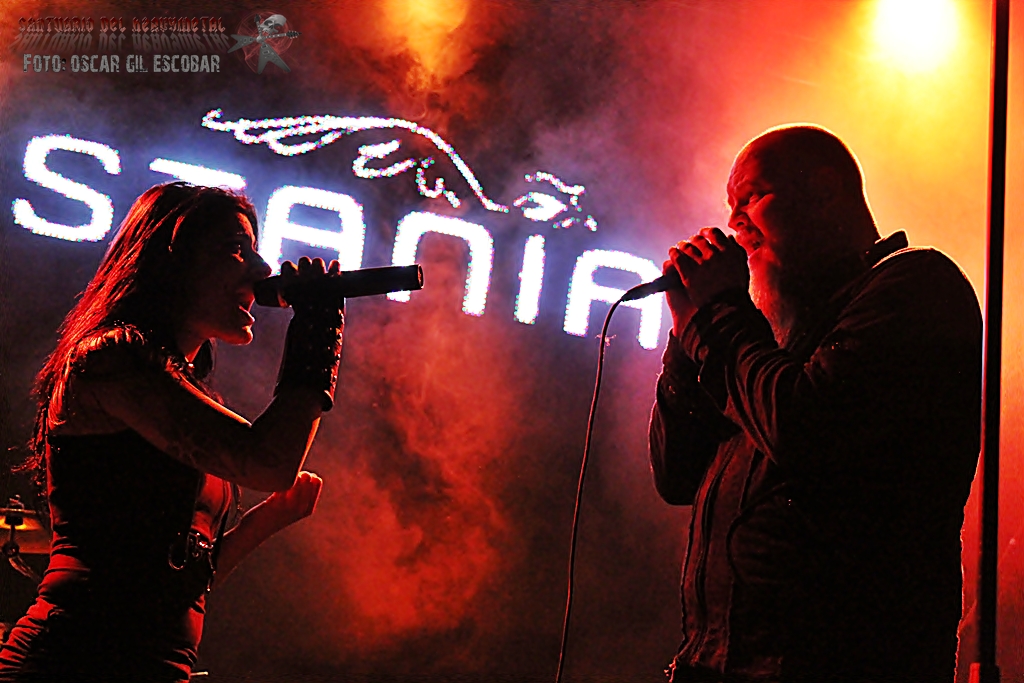 Even since before releasing Darkest White in May there had been talks of different tours to promote our new album, on more than one continent. As most people in the music society will know, there are a host of details that have to be right in order for a band to leave for longer tours. Some interesting enquiries came in, some we wanted to do.

When the offer of going on tour with Dark Tranquillity arrived, we immediately had a good feeling. They wanted us to go with them on their European Construct tour – a two band billing with both bands having well recieved new albums in their luggage. All the details for the tour were soon solved, and early this autumn it was time for announcing a four week European tour, with Tristania jumping off for the last few dates in order to honour an already confirmed festival gig in Costa Rica. Dark Tranquillity’s World Construct Tour would begin already before we were to meet up with them in London, continue in the New Year, and visit basically every corner of the world. For us it was going to be a good opportunity to – for the fourth year running – hit the road in Europe to play for our loyal fans, but on the same time have the possibility to reach out to another band’s fans.

Preparations before the tour always include a session of “kill your darlings”, because after releasing seven albums now, the set list gets harder and harder to decide. Having a fresh album out, any band would like to present new stuff live, and combine these with songs from previous albums. Having had a stable live line up now for five or six years and having done quite a bit of touring, we do have a good feeling on which songs work out better live, and also what the audience wants to hear. The difficult thing, after so many albums is of course that different people have different favourite songs and it is totally impossible to satisfy everybody. This time we also took into concideration that we were going to tour with a fairly heavy (although very melodic) band, and we wanted to make set lists that wouldn’t be totally alien to potential new fans, who first and foremost would go to the gigs for Dark Tranquillity or for checking out two known band names. What we usually do when touring is to make a “pool” of songs, to be able to vary from day to day in order to keep things fresh, keeping us on our feet and of course to perfection the set. We knew that we were going to play approximately 50 minute sets every day, and chose the following songs for this tour (chronologically): Beyond the Veil, The Shining Path, Libre, The Wretched, Circus, Shadowman, Mercyside, Down, Sacrilege, Year of the Rat, Exile, The Passing, Number, Darkest White, Himmelfall, Requiem, Night on Earth, Diagnosis. We had an idea on must-play songs, with lots of possibilities to change the set from day to day.

Expectations for the tour were high. We were also looking forward to hooking up with Dark Tranquillity who through our correspondence before the tour seemed to be perfect touring mates.

Stay tuned for our first report from the tour.

Share and Enjoy:
This entry was posted in News and tagged 2013, dark tranquillity, live, report, tour, tristania. Bookmark the permalink.

2 Responses to Tristania – European Construct Tour – Before the Tour