Eliran Kantor is the cover artist

Posted on Feb 4 by Tinko

The upcoming Tristania album, to be released in a few months’ time, will be a conceptually strong one. Not in the sense that there is one central theme, but in that nothing has been left to chance, and that the band has stretched themselves to achieve consistency on all levels. In the music, lyrics, band-wise, there’s a sense of direction and of everything coming together.

This will in particular be reflected in the artwork of the new album. This time around, the band has the honor of working with Israeli artist Eliran Kantor, the fountainhead of a not insignificant amount of ingenious album art. The Berlin-based artist, specialist on dark, disturbing imagery with a twist, is a sought-after designer of music artwork and has created pieces for bands like Testament, Atheist, Virus and The Old Dead Tree, to mention only a few. 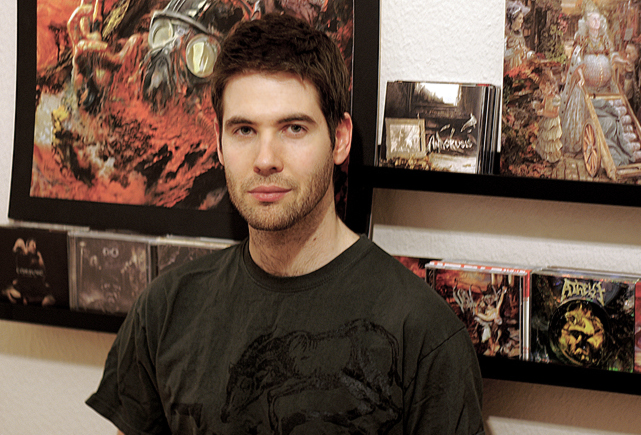 From the start the band wanted the cover design not only to capture recurrent ideas in the lyrics, but also to express certain moods: they wanted something dark and gloomy, dirty, organic, disturbing and a bit creepy. These notions also seem to define Kantor’s work, which is all of this and more, “unexpected” perhaps the most prominent feature that the band did not articulate originally. The band presented some initial ideas, and Kantor, translating the ideas into something tangible, came up with a visual concept that essentially nailed the band’s visions for this record.

Kantor describes the process in these words:

“I’ve known Tristania’s music since ‘Widows Weeds’. When the band first approached me they were clear about wanting something different from their last few album covers, and probably felt these covers had more to do with marketing choices coming from outside the band than actually representing the music and lyrical themes. So the main goal with this new piece was to get a bit deeper and a bit darker. I’ve spent hours reading and analyzing the lyrics in order to find what I felt was the essence of this record. I’ve also insisted on one of the optional album titles Tristania suggested, and I’m glad it ended up as the album title as it also works well with the concept I came up with.”

Tristania are very excited that Kantor did not only want to collaborate with the band, but also made an effort to try and gain their perspective. As this is being written the artwork is still being sketched out, but Tristania are more than confident that the final design will match all their expectations – and then some.

2 Responses to Eliran Kantor is the cover artist